Raise a pint to Forcelandia!

Yesterday I spoke at the first annual Forcelandia conference in Portland, OR sponsored by the Portland Salesforce Developer User Group. Angela Mahoney and Larry Latimer put on a great event that will sure to be back next year. Keep your eyes out for it.

Not only was the event hosted by Widmer Brothers Brewing but it was coincidently (I think not!) during Oregon BeerFest.

The food was great and beer was flowing throughout much of the day. Eventhough they weren’t scheduled to start serving beer till lunch, I insisted on having a beer in my hand for my 10:15am talk. Since I’m from the east coast I deemed it totally acceptable since it was already 1:15pm at home. Past experience has shown me that I always sound much better after the audience has had a couple of beers.

Not only did we get a private tour of the brewery, as an extra bonus everyone received free passes to BrewFest afterwards! So essentially the conference moved to BrewFest after it officially ended. 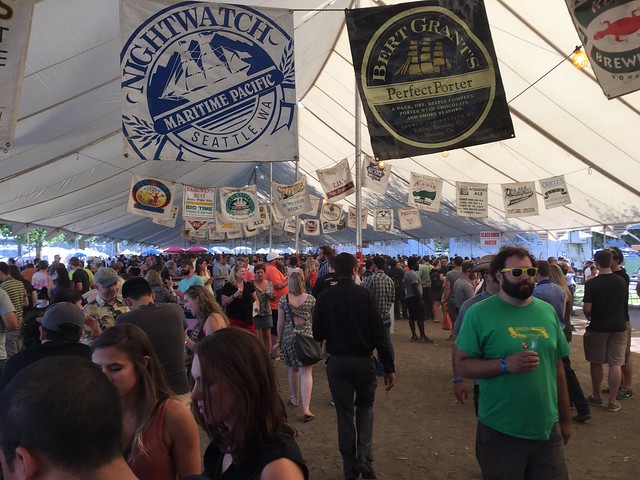 The event was sponsored by Appirio, Salesforce and MapAnything by Cloudbilt with a number of Salesforce staff and community MVPs flying in for the event.

THE Peter Coffee kicked off the conference with his keynote on “raising the platform”. We had a demo on Wave, a beer themed talk on JavaScript for Force.com, a walkthrough of Apex test strategies, an overview of Trailhead and a number of Admin talks.

I spoke on one of my favorite topic, using Heroku for Salesforce projects. Here’s the deck if you’d like to take a peek.

I also launched a special topcoder challenge for all attendees with my favorite API, Untappd. The challenge is more of a hackathon to build the coolest app possible with the Untappd API. I worked with the guys from Untappd to expedite the API access approval process so that developers can get to work quicker. I'll blog about the result in a couple of weeks.

Was Forcelandia #awesome? Yes. Will I attend next year? Most definitely… even if I’m not invited.